It was about 8 pm on a Monday night when I got the call. My dad was wondering how he could get a hold of my husband – a strange request, given that my dad typically calls for me, and Brandon was at work on a deal. I suggested he try his cell phone but explained his hectic day and low likelihood of answering.

A short time later, Brandon walked in the door of our loft, looking grim, nervous, I couldn’t tell what. He said quickly and quietly, “Your dad is with me.”

Was something wrong with my mom? Was my father experiencing a late midlife crisis? Was our family falling apart? I was so confused, and very worried.

The pit that formed instantly in my stomach that day is still there, three years later.

The three of us sat awkwardly on our couch.

And I knew. And began to wail.

Suicide is a dark mystery that everyone understands is awful, but no one really gets until it happens to someone you love. 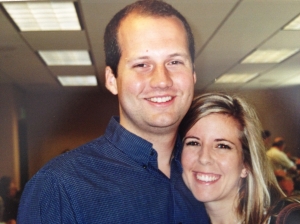 My dear friend, former boyfriend of almost a decade, great writer and kindred spirit like no other when I met him in college, had taken his life. It was shocking, horrific, unbelievable yet excruciatingly not surprising, all at once. I’d worried about Kevin near the end of our romantic relationship five years prior – he struggled with bouts of undiagnosed depression, though I didn’t recognize it as such. I thought he was just becoming a more eccentric artist who preferred time alone and wanted to work on his dream of becoming a writer. But our split was inevitable. We’d grown up through our twenties differently; our dynamic had changed. Now I realize how much he had changed, in a way that I carry great guilt about for not seeing but probably couldn’t have done much about if I had.

His passing came in the grip of mental illness, likely genetic from his biological father but never officially diagnosed as it presented itself to others only at the very end. The account of how it became apparent was hard to hear and included what sounded like a psychotic break – hearing voices, suspiciously questioning loved ones and paranoid delusions about being followed – interspersed with moments of clarity where he seemed like himself. As his family tried to get him help – and after he reportedly accepted the notion of seeing a doctor – he couldn’t make it through the night.

I will never understand suicide and never accept it, and wish I could prevent it from ever happening again. I despise the circumstances and brain malfunction that introduced Kevin to it firsthand. And yet I still feel helpless in its face. Other than trying to recognize the signs and get help for those exhibiting them – something way more difficult than it sounds – and maybe eventually doing a charity walk and raising money for the cause (I still haven’t had the strength to do this), I don’t know what to do. So I choose to write.

On this third anniversary of Kevin’s passing (August 16), here’s a bit about him, his loss and a dish that he loved.

Kevin B. Aguilar: The K-Man 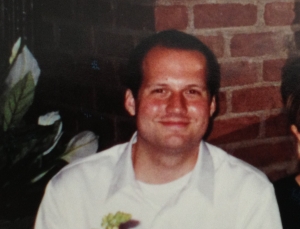 The gifts he gave those who knew him are many: impeccable storytelling, laughter and an unmatched devotion to the written word. A friend once told me Kevin had “smiling eyes.” This was true. He lived to make people laugh, with silly voices, goofy dancing and general clowning around. Though he wasn’t devout, he gave the uninitiated a new appreciation for Catholicism – he thought many priests were some of the funniest and smartest people he’d known – and never hid his admiration for his famous uncle, Father Greg Boyle, a Jesuit priest who works with former gang members in Los Angeles. He loved classic movies – especially Hitchcock and film noir – and his infectious appreciation for books is something I will always carry with me… it’s probably one reason I’ve resisted much electronic reading up to today. He frequented used bookstores and often gave books away – pushing them on friends, insisting they must read this or that classic, that it would be life-changing.

Don Quixote, A Prayer for Owen Meany, Dandelion Wine, Libra and Ulysses. The Ballad of the Sad Cafe, The Great Gatsby, Sister Carrie and The Adventures of Augie March. Bleak House, Narcissus and Goldmund, The Brothers Karamozov and The Naked and the Dead. Lolita. Anything by New Yorker writer-editor David Remnick or the late Christopher Hitchens. Joan Didion. Just a handful among hundreds of his favorites – I will always associate so many books and authors with Kevin Aguilar. I hope this would make him happy.

Kevin grew up in Los Angeles and Houston and then Los Angeles (South Pasadena) again. He was intrigued by both places for very different reasons, and the dichotomy of cities’ personalities was not unlike his own background – half Irish and half Honduran, both sides representing large, colorful, loving families. He was fascinated by the freeway culture of LA and air-conditioned containment of Houston. He constantly felt of two backgrounds – his name a great illustration of this – and struggled with where he belonged. But this disparate demographic makeup may be one of the reasons he was able to so acutely capture different characters and plights in his writing.

Kevin had many jobs throughout his twenties – most of them in bookstores. He wrote during the off hours, late at night and early in the morning, and greatly respected friends’ opinions of his work, sometimes endlessly editing a piece until it seemed he could edit no more. I thought he was best at short stories, but he also wrote poetry, plays and a 30 Rock script that I think Tina Fey would’ve gone nuts over. His work was at times funny, and at others, heartbreaking, with influences of Saul Bellow, Norman Mailer, William Saroyan and Carson McCullers evident, but in a style and voice and perspective uniquely his own.

The city of Kevin’s adult choosing was Chicago, a city he fell hard for and admired for its wretched weather, hardy citizenry, and classic cosmopolitan qualities blended with Midwestern kindness. He loved the place and wrote a lot about it. I hate that this writing ceased before it had a chance to be published. He was really good. 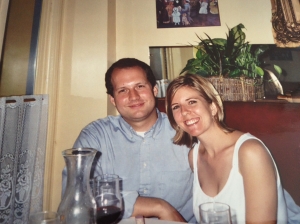 In the wake of his death, I felt I couldn’t quite cope. Though we hadn’t spoken in two years, I couldn’t comprehend a world without him in it. I couldn’t accept that he died alone, without the hand of a loving friend. I couldn’t believe that he would no longer send me an email with a request to “Read this” or “How does this sound?” or simply a subject line that was a sentence to which he wanted my reaction. I couldn’t imagine never again receiving a text from him with a brief video of a courtyard fountain or bit of creative graffiti or something else he thought would make me smile. I couldn’t grasp that I would no longer get a hug or help him shave his neck between haircuts. I couldn’t accept the concept that Kevin was dead.

In those first dark months, I had no clue what to do. What sticks out about that time is this: I wore waterproof mascara. And watched reality TV. A lot of it.

I suddenly found great comfort in its superficiality and trashiness. The shows felt so distant, so contained and so unreal – they were like essential nutrients during my time of grief, the deepest, bleakest sort I’d ever known. They helped transport my semi-functioning brain to a different place, a place of crassness and stupidity and pettiness. A place where people spoke nastily to each other and threw things and didn’t ever seem to read books. A place where Kevin was nowhere to be found. The Real Housewives collection seemed in constant play in our loft, along with endless strings of Law & Order reruns – crime shows performed a similar trick, with their neat endings that gave closure each hour. Kevin would’ve opposed all the TV-watching on principle – he challenged us once to go a month without TV altogether, as an exercise to refocus our brains on more classic creative endeavors – but given the unprecedented circumstances, I think, I hope, he would’ve understood. Though he probably would’ve encouraged more Frontline and less Toddlers and Tiaras. 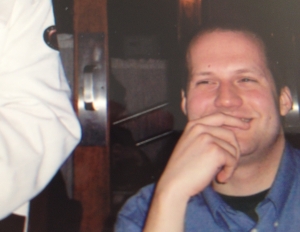 After he died, it took me a long time to be able to make this dish again. Beer Roast was something Kevin loved, treasuring its simplicity (he wasn’t much of a cook, beyond the occasional truckstop-style breakfast of summer sausage and eggs – both well-fried – but he was inversely that appreciative of food made for him) and even making this a few times for the two of us, many years ago. The recipe comes from his parents – Michael (stepfather-turned-father long ago) and Eileen Phillips – a wonderful couple who I still think of as family today. I hope they know how much their son is missed, by so many people. His impact on my own life cannot adequately be expressed, even as I write about him now. He was too important, our connection too unique, to capture in words.

These days, my waterproof mascara now sits in the back of my drawer and I let the tears stain my cheeks if need be. I still watch (some) reality TV but no longer as a crutch – and not near as much as I did in those months after Kevin’s passing. I will always think of him when I read a good book or watch a classic movie or meet an interesting person. I will always treasure our time together and thank him for helping shape me into the person I am today. And I will continue to make this dish, on cold weeknights or Sunday afternoons or any time I crave something comforting, in his honor.

1 can of beer, Budweiser preferred

Set oven to 275/300 degrees. Place meat in roasting pan. Pour 3/4 of the can of Bud all over the meat, leaving a few sips for the cook. Pour the entire jar of chili sauce over the meat, spreading sauce, if necessary, to cover. Cover the dish with aluminum foil. Place in oven and roast for at least 4 hours, until meat is super tender and beginning to fall apart.

Serve with potatoes or egg noodles or piled on crusty rolls as a sandwich. Share with friends.